Of all the taxes people pay, stamp duty on property purchases is one of the most hated.

With a price that bears no resemblance to the actual cost of “stamping’’ a property transfer and a payment tax scale that was formulated when a million-dollar house could only be found in the very poshest of suburbs, for many the end of stamp duty cannot come fast enough.

The states are preparing for sweeping tax reform including payroll and stamp duty relief as they attempt to grow their economies in the wake of the coronavirus pandemic that threatens to leave hundreds of thousands of Australians out of work.

Stamp duty is back in the spotlight as the federal government draws up a raft of emergency plans and structural reforms to get the economy back on track after the devastation wrought by COVID-19.

Many key figures are urging the government to abolish stamp tax as an unwieldy weight on both the property market and people’s flexibility, making homes unaffordable for first-time buyers, and creating barriers for those wanting to move closer to work, upsize or downsize.

However, others argue that now isn’t the time for such sweeping change, when state governments are using stamp duty revenue for a major series of funding measures to soften the blow of the pandemic.

The arguments for axing stamp duty include that it’s an inefficient tax, levied only on those buying a property in any particular year, and makes the property more expensive for both purchasers and then, by association, renters. It thus also becomes an obstacle for people – and businesses – want to move and is also expensive to collect, costing 70 cents for each dollar raised, according to Treasury modelling.

On the plus side, it raises a great deal of revenue for state governments which they now have never been more in need of, to arrest some of the economic fall-outs from the pandemic.

But that sum does rise and fall, sometimes quite dramatically, according to the number of property transactions taking place, and the strength of the property market, making planning difficult.

So it’s becoming an even bigger problem in the current climate. It also reduces the mobility of everyone else with the housing stock, including older people wanting to downsize to a smaller home, and people wanting to change jobs. We need a broader tax base and one that doesn’t provide so many impediments to buying a home. 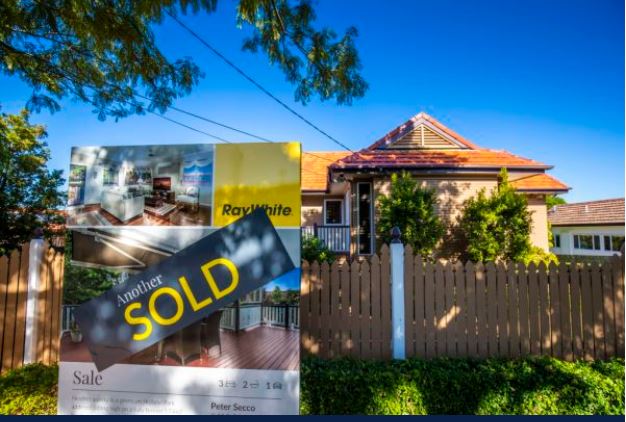 It’s a big obstacle for first home buyers – saving for the deposit and then saving for the stamp duty. If stamp duty were abolished and replaced with an annual land tax, of course, over a 15-year period – or whatever it is – they’ll end up paying the same amount. But they don’t have to come up with all the cash upfront. Already the ACT has moved to phase out stamp duty and replace it with annual land tax bills but all other states and territories are sticking with stamp duty for now.

A land tax would apply to higher value properties

Like the income tax system, there would be a progressive rate scale and that would mean that most if not all farming land, for example, would not actually pay any land tax because the value of the farming land per square metre would be too low to attract a tax.

the tax switch should be phased in so that existing property owners – who had already paid stamp duty – were exempt from paying the new land tax until their next purchase.

At the moment, most states and territories only apply land tax to second properties such as investment houses and holiday homes once they reach a certain value so adding land tax to owner-occupied properties could be politically difficult and controversial.